Celebrating a lifetime of inspiration 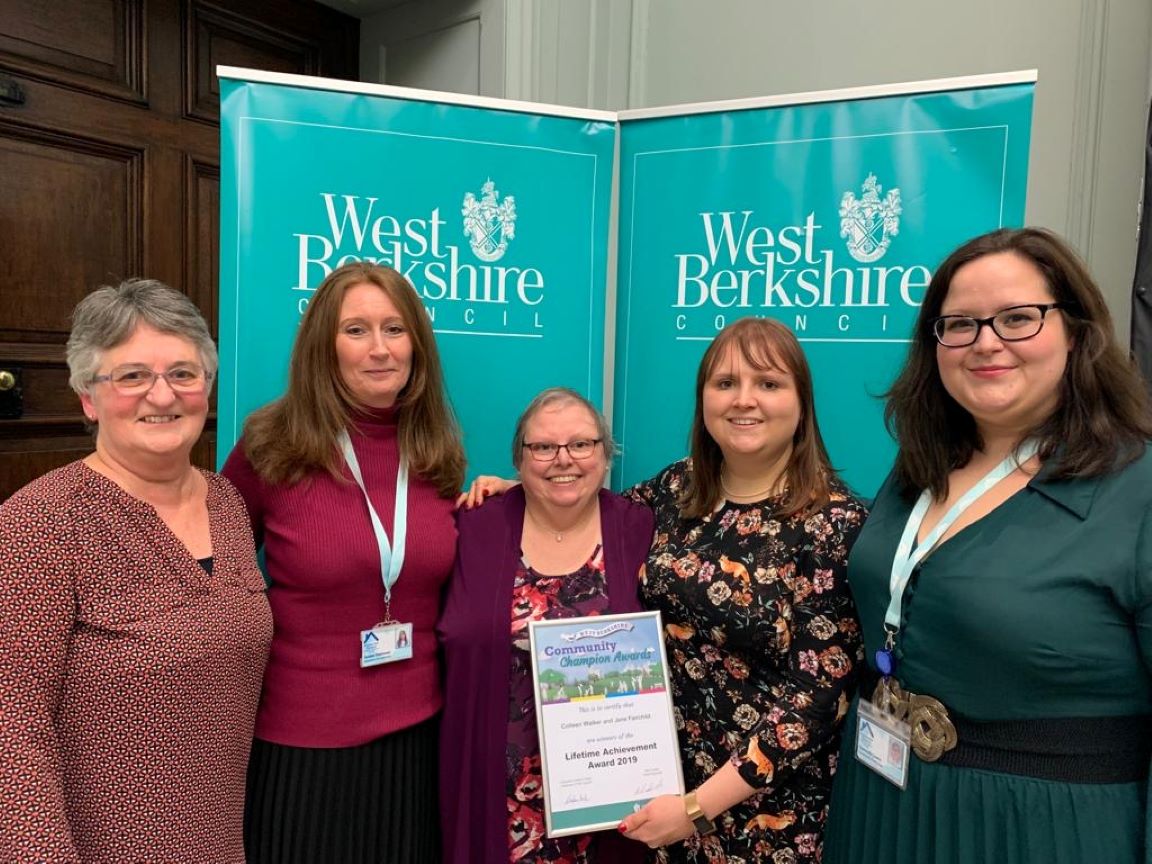 Colleen became a paediatric nurse straight out of school working in various care homes and centres in and around Newbury, before retiring and spending the next 27 years actively fundraising for local charities close to her heart.

After losing all three of her sisters to cancer, Colleen turned her heartache into a force for good, and started a fundraising group tasked with crafting and selling beautiful toys, baby clothes and gifts to raise funds for local causes close to her heart.

Fionnuala Lawes, Community Fundraiser for Alexander Devine made the nomination and was present at the ceremony:

“It was on a chance meeting with us in 2012 at was supposed to be Colleen’s last ever fundraising stall, following her own cancer diagnosis, that she learned of Alexander Devine’s story, and our mission to deliver a children’s hospice service to local families. Instead of retiring the group as planned, she decided that they would continue their efforts exclusively for Alexander Devine Children’s Hospice Service, and have raised an incredible £28,500 to date.”

Colleen sadly lost her battle in December 2018, but not before insisting to her daughter, Jane Fairchild, that she continue her legacy of crafting and fundraising for Alexander Devine. Jane attended the award ceremony and was thrilled to accept the award on her mum’s behalf:

“I can’t believe it’s happened. It’s the perfect way to honour my Mum for all her hard work in the community as a nurse and her fundraising over 27 years.”

The group, made up of 26 skilled local women, is now affectionately known as ‘Colleen’s Crafters’. You can find a Colleen’s Crafters stall at up to 40 different fairs and markets across the Borough each year, and you can regularly find upcoming stalls on our Facebook page or in our Community Events Calendar.

Error: (#10) This endpoint requires the 'manage_pages' or 'pages_read_engagement' permission or the 'Page Public Content Access' feature. Refer to https://developers.facebook.com/docs/apps/review/login-permissions#manage-pages and https://developers.facebook.com/docs/apps/review/feature#reference-PAGES_ACCESS for details.
Type: OAuthException
Code: 10
Please refer to our Error Message Reference.
Follow us on Facebook