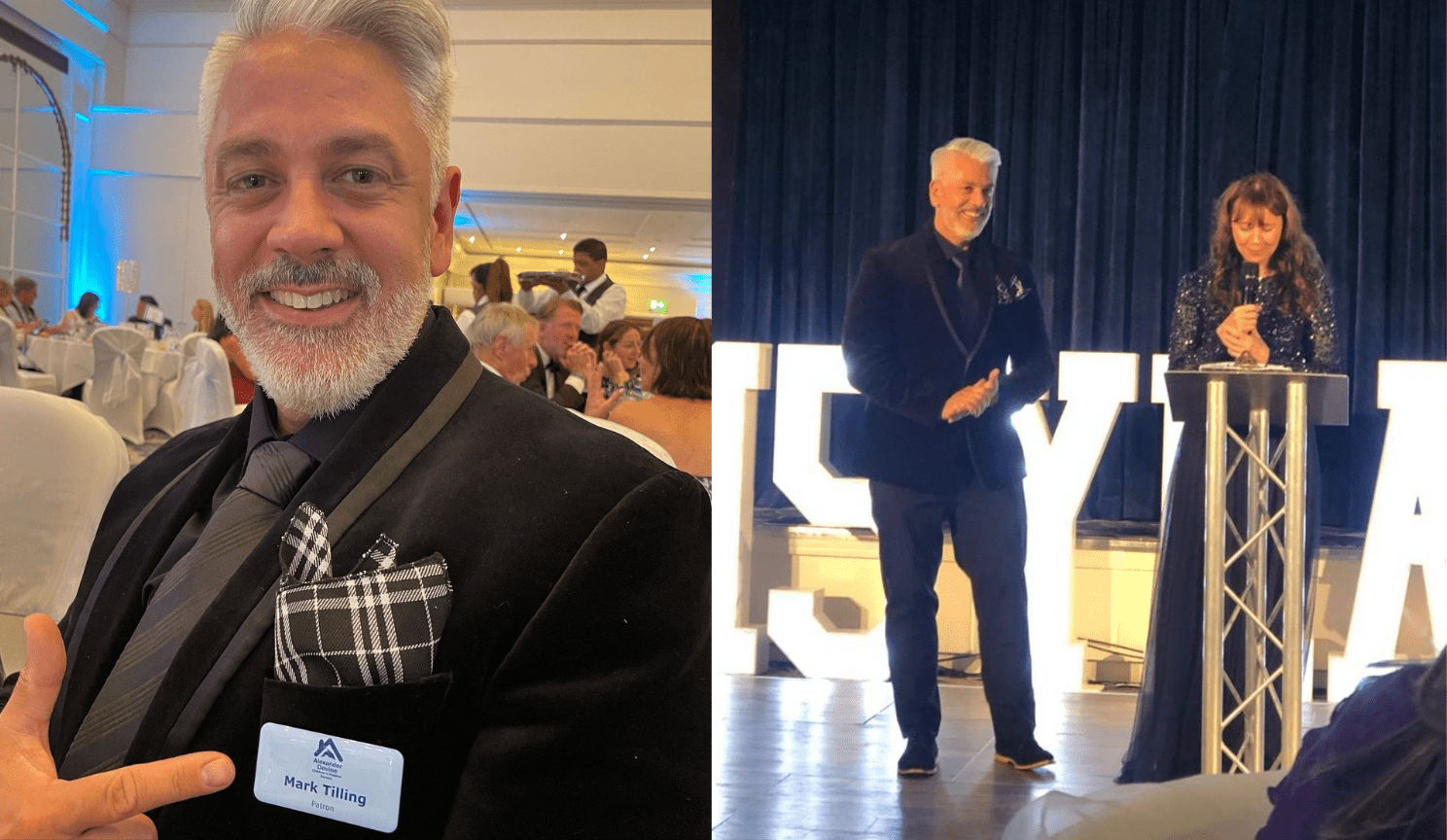 We are thrilled to announce that award winning chocolatier and pastry chef Mark Tilling has agreed to become a patron of Alexander Devine.

With a career spanning 25 years, Mark is most notable for winning the UK Chocolate Masters competition from 2006 to 2008, and he also came 12th in 2007 and 7th in 2009 at the finals of the World Chocolate Masters. In 2016 his team took part and won the title of “Bake Off Crème de la Crème” in an eight-part series on BBC Two to find Britain’s Best Team of Pastry Chefs.

Mark, who lives in Winchester, has been a dedicated and loyal supporter of Alexander Devine Children’s Hospice Service for over six years. As well as supporting the charity through fundraising and generously donating prizes to help raise vital funds, Mark also organises and runs chocolate workshops for children supported by the hospice, siblings and parents.

Mark also created an impressive chocolate masterpiece for Alexander Devine in 2019 when he took part in Channel 4’s Extreme Chocolate Makers for Channel 4 and was featured in four episodes. For his chocolate showstopper, Alexander Devine commissioned him to create something special to celebrate the opening of the hospice’s woodland themed sensory garden.

With Mark in attendance at the Heaven Sent Ball, CEO and Co-Founder Fiona Devine was delighted to reveal to guests that Mark had agreed to become a patron of the charity:

“Mark’s passion and commitment to our charity has been evident since we first met him at the Windsor Royal Horticultural Show in 2017. I know how much he advocates and understands the real need for the vital work that we do and over the years has been such an incredible and special friend to us.

We are very honoured that Mark agreed to become a patron and look forward to continuing our wonderful friendship. Like all our patrons, Mark embodies our charity’s values and is a true champion of our cause.”

On becoming a patron of the charity, Mark Tilling said:

“I am extremely honoured to become a patron and to work with and support all the amazing work they do.  Having spent some time with the children, their siblings and the staff, I can see just how important the hospice is for families across Berkshire and surrounding counties”

Our children’s hospice service covers the whole of Berkshire and into surrounding counties. Anyone can make a referral to Alexander Devine Children’s Hospice Service and if you think your child may be eligible for our services, please do get in touch.

This October, our incredible friends at Nirvana Spa are hosting an ALL INCLUSIVE Caribbean Party with 100% of all ticket sales benefitting Alexander Devine!

This spectacular event promises to be an occasion to remember with reggae anthems, a carnival atmosphere and bottomless rum punch! You will feel like you've been transported to Caribbean shores.

For more details and to book your tickets 👇
nirvanaspa.co.uk/caribbean-party/ ... See MoreSee Less

It’s bright, colourful, fun, noisy and we can play with it anywhere we like in the hospice! 💙💛

If you are shopping in your local Tesco store in the next few months, you could help us win up to £3,000!

We’re thrilled to be in the customer vote for a Tesco #CommunityGrant during July, August and September.

Every time you shop, please ask for a blue token at the till and pop it in our box. The more tokens we get, the bigger the donations we receive so don't forget to also ell your friends and family about how they can support us.